“It’s well known that big animals such as primates, large fruit-eating birds, elephants, and other seed-dispersing animals disappear in forests that have been fragmented or heavily hunted.

These animals often find the limited universe of a forest fragment too small for survival, or vanish when killed off by poachers armed with rifles and snares.” 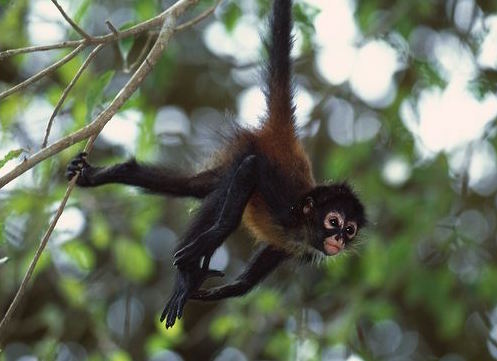 Many of these vulnerable animals are vital dispersers for large-seeded trees.  Without the animals, the big seeds just accumulate at the base of their parent trees, where they are killed by natural enemies such as seed beetles or fungi.

And large-seeded trees have big seeds for a good reason: when the seeds germinate, their seedlings need enough nutrients to survive for a long time — sometimes waiting many years for a treefall gap to occur, at which point the seedling has enough light to start growing into a tall tree.”   Read more